Where am I? Home > News > Tom Bals Announcement 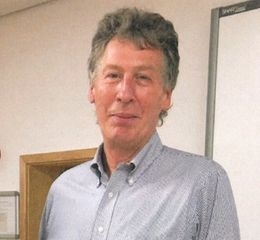 Tom Bals, Managing Director of Micron Sprayers Ltd, is leaving the Company after 40 years of continuous service. Tom, son of founder Edward Bals, joined Micron permanently in 1980 immediately after graduating from Oxford University and undertook various jobs in the Company, including periods working in the US, before becoming Managing Director of Micron in 1988 (jointly with Graham Povey, who retired 10 years ago) and Chairman 5 years later (after the death of his father).

This began a period of great change for Micron, starting with the development of the ULVA+, an improved version of the Company’s core product, and then diversification into migrant pest control, public and animal health, and the Micron Weed Management range of products (underpinned by the acquisition and development of the Micronair, Turbair and Enviromist product ranges). The  significant resources now required to develop global markets had started to constrain prospects for further growth and Goizper (a co-operative from the Basque country), Europe’s leading manufacturer of hand-held sprayers (which complement Micron’s specialist products), was chosen as a partner with greater resources and a long term vision that would support the ongoing growth and development of the Company.

Micron established a global reputation for innovation under the leadership of the Bals family which continues to this day.  Micron has been actively involved globally in the debate regarding the requirement for better, more targeted, application of  agrochemicals, including the need for improved human and environmental protection (with Micron striving since its inception to develop products that help achieve these goals). Micron won many awards during the period Tom was in charge, including a Queens Award to Industry for its sales of equipment for locust control (with the Company currently involved in helping combat the current locust plague, the worst for 70 years, which threatens food security in many African countries, as well as the Middle East, India and Pakistan) and the CWDE Award for long term commitment to sustainable development. Micron has also been very involved in the debate around the increasing regulation of application of agrochemicals, and has been active in various industry and research groups and projects worldwide, including Standards development (with Tom gaining awards from BSI and AEA for his work on developing international Standards for sprayers).

The current Micron UK management team of John Clayton, Haydn Beddows, Anthony Outlaw and Anthony Stanley (under the leadership of Jose Zabala of Goizper), with many decades collective experience and with the backing of the Goizper Group, are ideally placed to lead the Company forward into the future.