Where am I? Home > CDA Technology > Applications > CDA for Fungicide and Insecticide Application in Vegetable and Leguminous Crops

CDA for Fungicide and Insecticide Application in Vegetable and Leguminous Crops 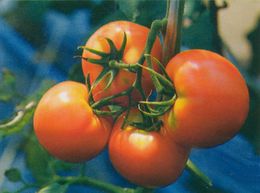 This review aims to draw together the work available on the use of low volume CDA spraying techniques for insecticide and fungicide treatment of legumes and vegetable crops  It includes published scientific literature, unpublished reports (such as in-house reports) and anecdotal reports under general crop headings.

While the term vegetable is widely inclusive of a range of horticultural crops, they may have little in common as targets for insecticide spraying and it is unwise to rely too much from the results of a spraying technique on one vegetable crop when considering its use in another.

Johnstone and Huntington (1975) looked at the physical aspects of very low volume (10-15 l/ha) spraying in tomatoes and concluded that dew played a major part in the redistribution of discrete spray deposits.  Quinn et al (1975) reports work in Nigeria in which a range of fungicides were applied against Alternaria solani, Fulvia fulva and Septoria lycopersici.   Conventional high volume (1121 l/ha) spraying systems and a Micron spinning disc CDA sprayer (Micron Ulva 8) were compared with no significant differences found between the spraying techniques.  The CDA technique used conventional fungicide formulations diluted with water.  In a continuation of this work, Quinn and Erinle (1979) compared swath widths of 1.8 m and 3.6 m for CDA treatments.  Although the wider track spacing gave poorer control, the same dilution of spray solution was used in each case, thus effectively meaning that the wider spacing applied half the dose rate of the narrow spacing.  No attempt was made to investigate the effect of track spacing alone. Quinn and Johnstone (1979) found that VLV drift spraying at full and 2/3 chemical dose rates were equally as effective as high volume (1000 l/ha) spraying at full dose using Captafol (at 3 kg/ha).  A hand-held Micron spinning disc sprayer was used, producing small droplet sizes of 60-80 ?m, with a maximum swath width of 3 m is recommended.  Erinle et al (1986) used a Micron spinning disc sprayer to apply Captafol at a rate of 2 kg in 10 l of water per hectare.  Good control was achieved using a spray pass interval of 1.5 m, with a 7-10 day interval between applications.

In a report from the FAO (1988), application of ULV formulations of pyrethroids cypermethrin, deltamethrin and fenvalerate gave control of Heliothis armigera using swath widths of up to 3 m.  It was noted that fenvalerate caused slight phytotoxicity.

Kisha (1986), reported good control of whitefly using the Electrodyn ULV sprayer  compared with a conventional high volume knapsack sprayer, though this did not translate into better control of the virus of which the pest was a vector.  Potter (1981) compared vehicle mounted CDA (using Micron Micromax atomisers) and conventional hydraulic tractor-mounted atomisers for control of early blight (Alternaria solani and Septoria lycopersici) and anthracnose (Colletotrichum phomoides) and found no significant differences between application methods.  The CDA application rate was around 47 l/ha with a relatively large droplet size (250 ?m). Pitblado (1981) also used tractor-mounted atomisers (though applying at the lower volume of around 22 l/ha) for application in tomatoes of moderate to heavy foliar growth.  Fungicide was applied at 2.2 kg/ha and two speeds of disc rotation were used (2000 and 5000 rpm - giving estimated, though not reported, droplet sizes of around 250 ?m and 150 ?m respectively).  Improved penetration was reported at the lower speed of rotation.

It should also be noted that air-assisted low volume CDA spraying is widely used for treatment of tomatoes and other horticultural crops in protected cropping situations such as glasshouses and polytunnels.  This is commonly undertaken using spray volumes of around 15-40 l/ha, with droplet sizes of around 70-100 ?m.  The relevance of this to non-air-assisted CDA spraying in outdoor field crops may be limited, however.

Wladyslow and Wozniac (1974?) reported the application of Mancozeb and Maneb against onion downy mildew.  They compared low volume spraying using a hand-held Micron spinning disc sprayer (at application volumes of 10 l/ha) with high volume knapsacks (100-600 l/ha).  The low volume technique gave excellent disease control compared with the knapsack sprayer, albeit with slight symptoms of phytotoxicity.  It was speculated that the low volume spraying gave better deposits on the windward side of the onion leaves which is where the incidence of infective lesions caused by the windbourne pathogen is generally greatest.

Potter (1981, 1982) looked at the application of fungicides to celery, comparing tractor-mounted CDA (Micron Micromax) and high volume atomisers at spray volume of 47 and 230 l/ha respectively.  Equivalent  results were obtained at full chemical dose, while the CDA technique also gave good control at half the recommended chemical dose rate.  Comparison of (droplet sizes around 250?m (disc speed 2000 rpm)  and around 166 ?m (disc speed 3000 rpm) showed no difference in disease control.

Kisha (1986) tested the Electrodyn ULV sprayer on eggplant for control of jassid.  Excellent control was obtained using cypermethrin, this being markedly superior to application of the same chemical through a knapsack sprayer at high volumes.

Owang and Matthews (1989) used a spinning disc sprayer with and without electrostatic assistance for treatment of brussel sprouts (as test plants) in glasshouse conditions using Bacillus thuringiensis.  The charged spray gave better distribution than uncharged.  No comparison was made with high volume methods and the experiment was carried out under controlled greenhouse conditions, with no pest bioassay being performed.


Legumes
There is considerable anecdotal evidence as to the successful use of hand-held CDA sprayers purchased by smallholder farmers for use on cotton being used for treatment of leguminous crops grown as part of the same cropping systems, though for reasons discussed above this is not necessarily supported by documentary evidence.  Pawar (1990) investigated the deposition efficiency of various spraying techniques for the application of endosulphan in a variety of tropical legumes.  A hand-operated knapsack sprayer (500 l/ha), a motorised knapsack (250 l/ha) and hand held spinning disc CDA sprayer were compared in pigeonpea, chickpea and groundnut.  Quantitative analysis showed that the CDA sprayer gave significantly the best insecticide recovery, though biological efficacy was not measured.

Clayton et al (1993) carried out spray deposition trials in a range of crops including cowpeas and groundnuts at very low volume application rates of 10 l/ha using a spinning disc CDA sprayer (Micron Ulva+) developed for this spraying technique and compared this with ULV applications.  Results with VLV application were generally equivalent if not superior to ULV treatments.

Raheja (1976) summarises four years of insecticide trials in Nigeria using ULV spray treatments.  Various formulations were used with results from ULV treatments proving equivalent to those from high volume sprays.  ULV treatments included both application of oil-based formulations at 2.5 l/ha and water-based spray solutions, containing molasses as an anti-evaporant, at 5 l /ha.  Two row (1.8 m) and four row (3.6 m) spray pass intervals were tried and both found to be equally effective.  In general effective pest control by ULV techniques was found to increase crop yields up to 10 times compared with untreated controls.

Jackai et al (1985), summarising techniques employed for insect pest control in African cowpea, state that "insecticides have normally been applied with hydraulic high volumes sprayers or spinning disc sprayers that are ultra low volume with predictably good results ... when properly used the sprayer provides good results in every cropping system".  Similarly, Alghali (1992), Amatobi (1949, 1995) and Jackai all report the successful use of the Electrodyn ULV sprayer for the application of a variety of insecticides for insecticide application on cowpeas.  As the object of the trials was not to compare spraying techniques, no comparative data is given for the technique compared with other spray methods.  Volume application rates of (undiluted Electrodyn ULV formulations) range from 0.5 - 0.8 l/ha with two rows being treated with each spray pass.

Pawar (1986 and 1987) and Awadhwal and Takenaga (1987) summarise several years of research at ICRISAT in India on the use of CDA spraying for the control of pests of pigeonpea.  In general CDA sprayers used at 10 l/ha were more effective than high volume knapsack sprayers or mistblowers.  Attempts were made to adapt the principle of CDA including the production and testing of a bullock cart mounted CDA sprayer and backpack CDA sprayers using either two or three rear-mounted spray heads.  The paper concludes that "CDAs can be successfully used by small-farm pigeonpea growers to control the pod-borer H armigera", though it is stressed that safety aspects and training are critical and must be given highest consideration.

Much of the available literature on CDA spraying of groundnuts refers to work carried out in the 1980s in mechanised farming systems (particularly the USA) using tractor-mounted spray booms fitted with CDA Micromax atomisers e.g. Middleton (1982a, 1982b), Samples (1984), Littrell (1984).  In general CDA application of fungicides appeared to give good control of Cercospora leaf spot disease and was equivalent to conventional high volume techniques.

Several publications do however refer to the use of hand-held CDA sprayers for groundnut spraying.  Mercer (1976) reports the successful use of CDA spraying of water and oil-based sprays at application rates of 10-15 l/ha using the fungicides chlorothanlonil and carbendazim for the control of Cercospora in Malawi.  Some leaf scorch was observed in the chlorothalonil treatment.  A spray pass interval of 1.8 m was used.  Fowler and MacDonald (1981) describe trials carried out in Nigeria in which ultra low volume CDA applications of the fungicides Mancozeb, Captafol and Benomyl for control of Cercospora in groundnuts were compared with conventional high volume spraying.  Though water based ULV application at 6 l/ha showed slightly poorer disease control this did not translate into significantly reduced pod yields.  Also working in Nigeria, Salako (1985) investigated the application of a range of fungicides for disease control in groundnuts using a hand-held Micron spinning disc sprayer.  Fungicides were applied as water-based spray mixes at volume application rates of 10 l/ha.  Treatments resulted in yield increase of 132 - 286% over unsprayed control plots depending on the fungicide used.  The paper concludes that this application is effective for the control of groundnut foliar diseases.  Comparison was not made with high volume spray techniques.  Work carried out at ICRISAT in India described above (Pawar 1990,  Awadhwal and Takenaga 1987) also included trials on CDA treatment of groundnuts, with CDA heads being fitted to backpack sprayers for very low volume (15 l/ha) treatments.

In a recent volume on pest control in groundnuts (NRI 1996) ultra low volume application of sulphur and copper fungicide is described as effective, while in the same publication ULV spraying is listed as a standard technique for pesticide application in groundnuts, though consideration of CDA spraying is restricted to oil-based Ultra-low volume applications, failing to take into account the development of the water-based very low volume (VLV) spraying technique which is more useful for growers, given the restricted availability of ULV formulations. Therberge and MacKenzie (1981?) describe the use of advantages of fungicide application to groundnuts using hand-held CDA sprayers in China, though no details of techniques used nor results obtained are given.

Trials (Southern 1982) in Phaseolus bean comparing a Micron hand held spinning disc CDA sprayer with high volume spraying using a knapsack for fungicide treatments against bean rust were inconclusive, indicating that there appeared to be no significant differences between the treatments.  No details on application parameters are given, however.  This contrasts with trials carried out in Colombia on Phaseolus, comparing high volume spraying with water-based VLV treatments using a Micron hand-held spinning disc sprayer and the Electrodyn ULV sprayer.  While insecticide trials were inconclusive, fungicide application at very low volume rates failed to give control of a complex of diseases including ascochyta leaf spot, web blight and angular leaf spot.  It is speculated that this was due to poor canopy penetration due to low windspeeds at time of spraying.